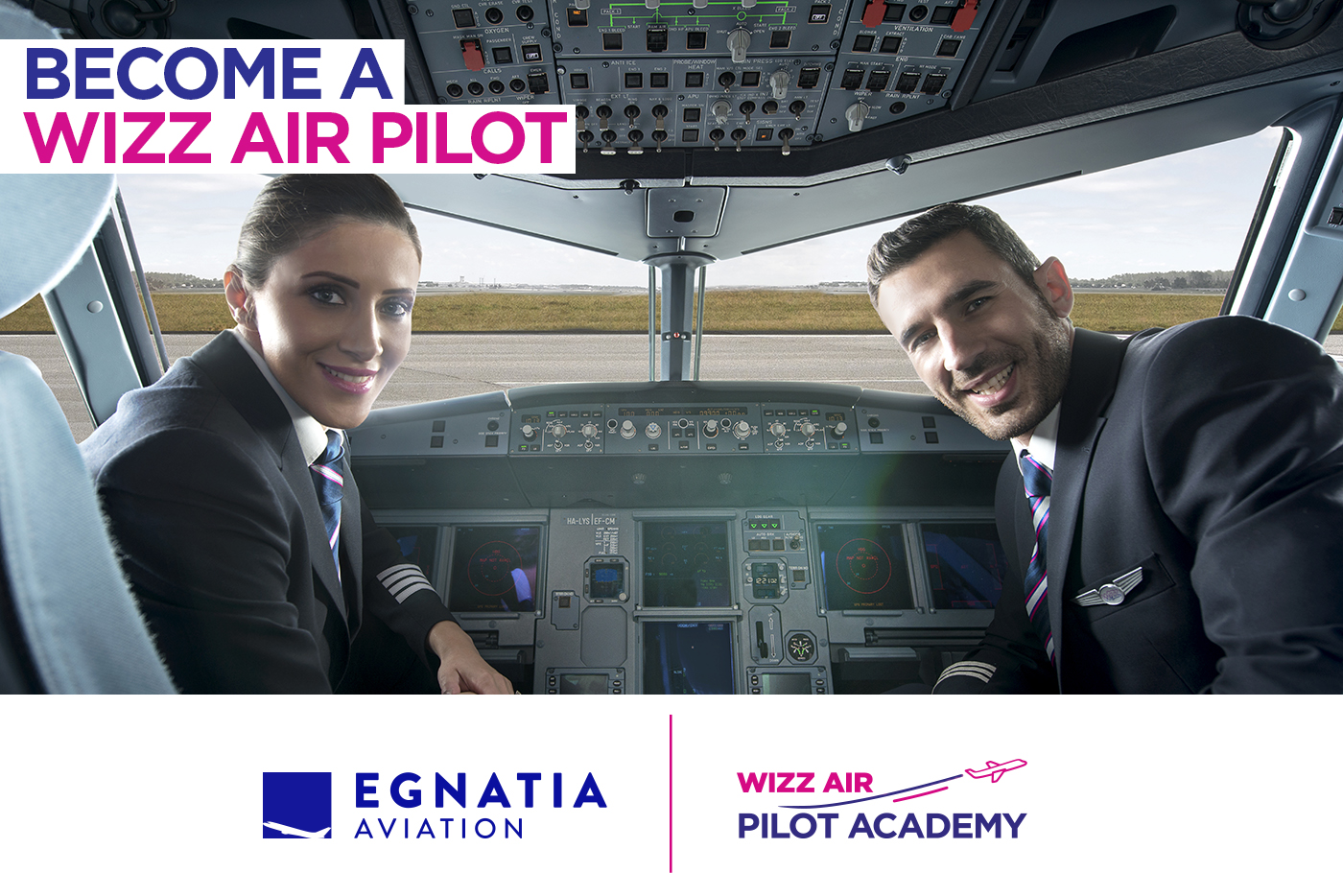 The Wizz Air Open Day and the Airline Pilot Career in Cyprus, were the two recent events conducted by Egnatia Aviation during the previous months.

The Wizz Air Open Day took place on the 12th and 13th of June at the premises of Egnatia’s first base, located in the city of Kavala, Greece, whilst the presentation in Cyprus was held on the 22nd and 23rd of June in Nicosia and Limassol, respectively.

Organizing and carrying out both events required the involvement of multiple departments of the Academy, while the excellent cooperation between Egnatia and Wizz Air was once more demonstrated, as high ranking representatives of the airline actively participated and worked together with Egnatia’s staff for the best outcome.

The details of both events were posted to the social media of the academy, so the interested parties could be informed and reserve their slots in advance.

The event of Wizz Air started on Wednesday 12/06 morning and its participants were welcomed by Egnatia and Wizz Air representatives alike, at the Ground school premises. It is to be noticed that not only Hungarians, Bulgarians, Romanians and Polish (the initially selected nationalities that could benefit from the sponsorship of WizzAir), expressed their interest, but people coming from other European countries too, such as Moldova and Czech Republic.

A presentation of the Wizz Air Pilot Academy and the training program was the first topic of the event, while the Head of Training of Wizz Air, Captain Attila Tovari, shared with the audience his own experiences from the cockpit and spoke about aspects of life as a Wizz Air pilot. Later on, a presentation of Egnatia Aviation ATO followed, accompanied by a tour to all of Egnatia’s facilities and demonstration of resources (aircraft, simulators, personnel).

The attendees had also the chance to discuss with active Wizz Air cadets, alongside with the self-sponsored students, who were willing to share their own opinions and remarks.

Last but not least the interested parties were able to take the selection assessment required to be a Wizz Air sponsored cadet, on the spot. The exact same process was repeated during the following day. 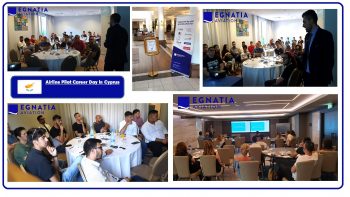 Taking into consideration the ever increasing number of Cypriot students and the numerous inquiries received on a daily basis, the need for an informative “Open Day” in Cyprus was imperative.

Consequently, a promotional event of the advanced EASA airline pilot training courses of Egnatia Aviation was organized and carried out in Nicosia and Limassol.

During the presentation given by the Business Development Director Mr. George Triantafyllidis, the prospect cadets and their families had the opportunity to be informed in detail about Egnatia Aviation, the way it operates, the departments it consists of and the daily procedures taking place in it.

They were also briefed on the details of the EASA Integrated training course, the “flagship” of Egnatia’s training courses, which is the preferred way of training by all airlines nowadays.

At the end of the presentation, questions of the audience answered by Egnatia’s representatives, Cypriot students that recently graduated of the academy and Cypriot former Instructors that were present.

Summarizing, the ultimate goal and the objective of such event is to inform all the interested parties of the full details regarding the Airline pilot training.

For any additional information about the ongoing and recently renewed contractual agreement between Wizz Air and Egnatia Aviation or the training courses provided by the latter, you are strongly recommended to send an email with your inquiry at info@egnatia-aviation.com .